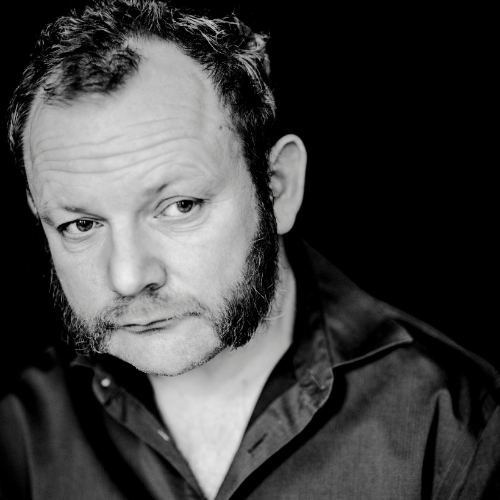 Pawel Mykietyn’s dazzling career began when he was very young and he has enjoyed numerous successes both in Poland and abroad since then. In 1993, while still a composition student under Włodzimierz Kotoński, he debuted at the Warsaw Autumn Festival of Contemporary Music with a piece titled La Strada. His success at that edition of the Warsaw Autumn culminated with festival organisers commissioning a composition from Mykietyn, who responded by creating Eine Kleine Herbstmusik. The performance of this piece at the festival in 1995 came to be viewed as one of the most important events of that edition. In the same year, Mykietyn’s 3 for 13, commissioned by Polish Radio, won the composer the first prize at the International Rostrum of Composers in Paris in the young composers’ category. In 1996, Mykietyn received a similar award at the 4th International Rostrum of Electro-Acoustic Music in Amsterdam for his Epiphora for Piano and Tape. Subsequent editions of the Warsaw Autumn brought premieres of more of Mykietyn’s compositions, including his Concerto for Piano and Orchestra in 1997, Commencement de Siecle in 1999, Shakespeare’s Sonnets in 2000, and finally the opera Ignorant I Szaleniec (An Ignoramus and a Madman) in 2001.

In 2000, he received the Polityka’s Passport Award. In 2008, his Symphony No. 2 (2007) was featured on the list of compositions recommended by the International Rostrum of Composers and won him the OPUS Public Media Award for contemporary classical music.

Paweł Mykietyn plays the clarinet in the Nonstrom Ensemble, a group founded by the composer himself that specialises in the performance of contemporary music. The ensemble includes a piano, cello, and trombone, apart from the clarinet. In 1995, Mykietyn took first prize as a clarinet player in the Competition of Young Performers of 20th Century Music organized by the Polish Society of Contemporary Music (Polish section of the ISCM).

Mykietyn composes on commissions from many festivals and institutions, amongst others the Warsaw Autumn Festival, the Polish Radio, the Wielki Theatre – National Opera, the National Audiovisual Institute, from bands such as the Belcea Quartet, de Ereprijs, Icebreaker and the Kronos Quartet, and performers, including Elżbieta Chojnacka, Jerzy Artysz, Andrzej Bauer, Maciej Grzybowski, Ewa Pobłocka, Jacek Laszczkowski, Jadwiga Rappé, as well as conductors – amongst others Jean-Paul Dessy, Jacek Kaspszyk, Jerzy Maksymiuk, Diego Masson, Wojciech Michniewski and Marek Moś. He also writes music for theatre, cooperating with, amongst others, Piotr Cieślak, Grzegorz Jarzyna and Andrzej Woron. For many years he collaborated with Krzysztof Warlikowski, who directed his opera An Ignoramus and a Madman(2000). In 1997-2001, he was the music director at the Studio Theatre in Warsaw, and since 2008 he has been conducting the music scene at the Nowy Theatre. In 2011, the album Mykietyn: Teatr was released. It contains pieces from Warlikowski’s performances selected by the composer himself.

In 2015, the premiere of Andrzej Chyra‘s The Magic Mountain with music by Mykietyn, libretto by Małgorzata Sikorska-Miszczuk and stage design by Mirosław Bałka took place at the Malta Festival in Poznań. Jacek Hawryluk wrote about Mykietyn’s music in Gazeta Wyborcza:

Mykietyn’s world of sound is very tempting: it refers to intelligent, non-academic electronics (more of the 90s than the latest productions), pop songs, sound effects of modern technology. But this is only the first impression.

Going further, we will hear echoes of the early music (deformed polyphony), fascination with microtonality, small gestures from which the score is woven. All of this overlaps with another aspect that the composer has already applied in the ‘Flute Concerto’ – the relativisation of time, ‘accelerating’ and ‘slowing it down’ (each subsequent quarter note does not last the same amount of time as the previous one, but is, for example, a bit slower). As a result, the sound is blurred, foreground and background are overlapped and mixed, and an impression of intermittent idleness and uncertainty occurs. Listening to the ‘Magic Mountain’ is like floating amidst sounds. It is a cool, mathematical score warmed up by human emotions.

Mykietyn composes film music as well. He wrote music to, amongst others, Małgorzata Szumowska‘s Stranger, 33 Scenes from Life and In the Name of…, Andrzej Wajda‘s Sweet Rush and Wałęsa: Man of Hope, as well as Essential Killingand 11 Minutes by Jerzy Skolimowski.  For the music to Szumowska’s Father, he was awarded the Prix France Musique Sacem. Other achievements of Paweł Mykietyn in the field of film music include the Polish Film Award ‘Eagle’, an award in the Main Competition of the Gdynia Film Festival and the Fryderyk Award in the Composer of the Year category.

Pawel Mykietyn’s music is vivid, at times even aggressive in nature, and possesses a clear structure. The composer ostentatiously resorts to major-minor harmonics, introducing tonal fragments that alternate with harmonically free sections. He also draws on traditional melodic structures, transforming them into something altogether his own. Mykietyn seems to be a model post-modern artist – extremely confident and prepared to draw both inspiration and material from all available sources. Composing to him is much like putting together puzzles from ready-made elements. Mykietyn’s music brings out a great deal of emotion. Younger listeners, fascinated by its full sound and sharp rhythms, are its primary enthusiasts.

Considered one of the most valued Polish composers of the middle generation, Paweł Mykietyn was awarded the Knight’s Cross of the Order of Polonia Restituta (2011) and the Silver Medal for Merit to Culture – Gloria Artis (2015). The year 2015 brought him the Coryphaeus of Polish Music Award in the Personality of the Year category as well. The opera Magic Mountain, which premiered the same year, brought him the Polish Composers’ Union Award for 2016 and the Cyprian Kamil Norwid Award in the Music category for 2017. Moreover, in 2016 he received the Award of the President of the City of Gdańsk ‘Neptun’. In 2019, his piece Concerto No. 2 for Cello and Orchestra (2019) became the basis of the script for Maciej Stuhr‘s film of the same title.