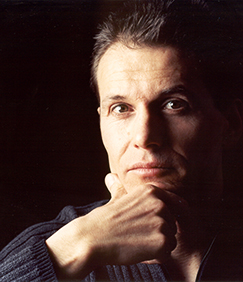 Marco Stroppa studied piano, composition, choral direction and electronic music at the conservatoires of Verona, Milan and Venice. From 1980 to 1984, Stroppa collaborated with the Centro di Sonologia Computazionale of the University of Padua, before moving to the United States, where he continued his studies at the Massachusetts Institute of Technology supported by a grant from the Fulbright Foundation until 1986. At MIT he took courses in cognitive psychology, computer science and artificial intelligence.

At the invitation of Pierre Boulez, Stroppa moved to Paris where he led the department for musical research at Ircam from 1987 until 1990. In 1987, Stroppa founded the composition and computer music course at the International Bartók Festival in Szombathely, Hungary. Following teaching posts at the conservatoires of Lyon and Paris, Stroppa currently is Professor of Composition at the State University of Music and Performing Arts Stuttgart, where he succeeded Helmut Lachenmann in 1999.