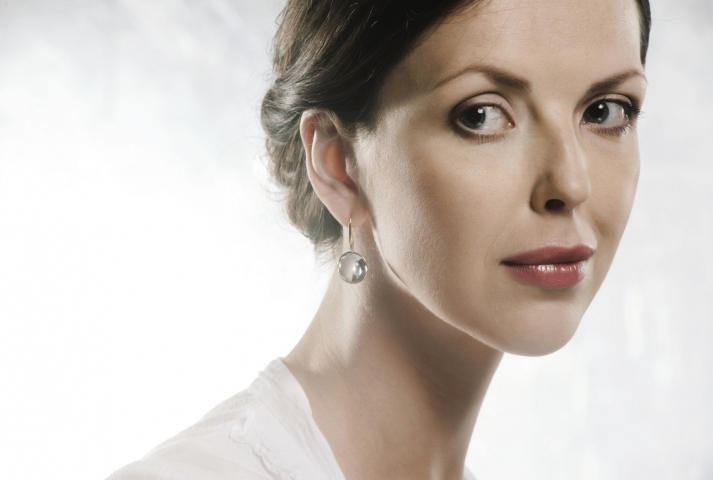 The works by Justė Janulytė (born in Vilnius), mostly written for dense monochromatic ensembles (only strings, only winds or only voices), explore musical time/space perception through large-scale multilayered textures and extremely gradual metamorphoses. While balancing between the aesthetics of minimalism, spectralism and acoustic electronica, Justė Janulytė composes sonic metaphors of optic ideas (Here at the quiet limit for male choir and string orchestra, The Colour of Water for saxophone(s) solo and orchestra, Was there a Swan? for symphony orchestra) and researches the visual nature of musical phenomena in the works where sound and image are fused together (Breathing Music for string quartet, electronics and kinetic sculptures, Sandglasses for 4 cellos, electronics and video scenography).

In 2009 Janulyte won the International Rostrum of Composers in Paris (in the category of composers under 30). In 2011 the composer was awarded the Young Artist’s Prize by the Lithuanian Ministry of Culture and in 2017 the Lithuanian National Arts and Culture Prize, the highest artistic distinction in Lithuania. In 2019 she won the ‘Musica femina München’ competition.

In 2020 Justė Janulytė made her cinematic debut collaborating with Latvian director Viesturs Kairišs on the full length feature „City on the River” continuing with „January” which won the Tribeca (NY) film festival as the best international narrative feature.

She is also engaged in teaching composition at the Lithuanian Academy of Music and Theatre and numerous masterclasses, including Madona/Latvia (2018), SYNTHETIS in Radziejowice/Poland together with Chaya Czernowin, Toshio Hosokawa, Zygmunt Krauze (2019), with Mark Andre, Ivan Fedele, Zygmunt Krauze (2020), International Young Composers Academy in Lugano/Switzerland with Oscar Bianchi and Mauro Lanza (2021).

Justė Janulytė is a member of the Musical Council of the Fondation Prince Pierre de Monaco.