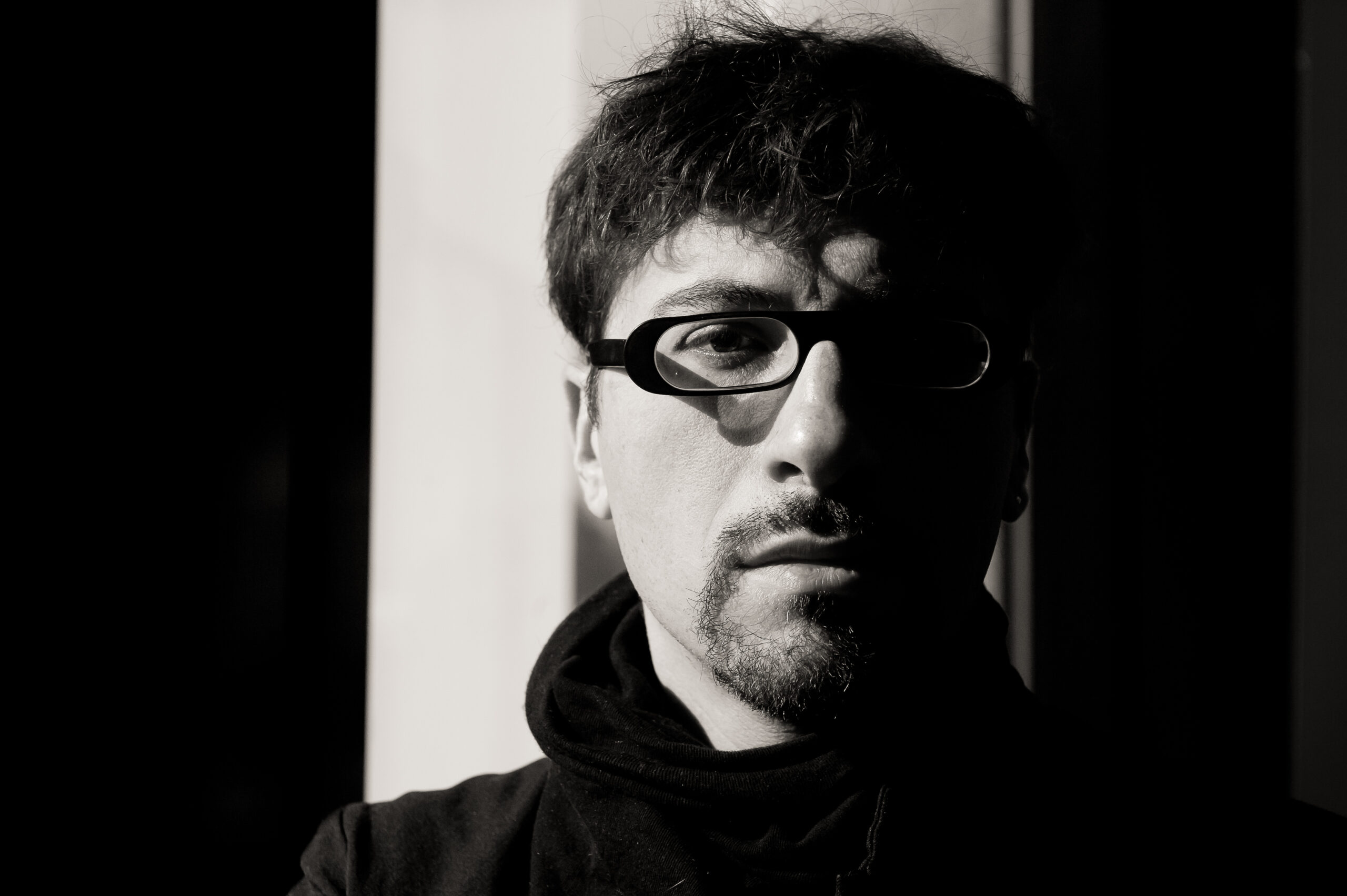 Francesco Filidei was born in Pisa. He graduated from the Luigi Cherubini Conservatory in Florence, and from the Conservatoire National Supérieur de Musique et de Danse de Paris. As an organist and composer, he has been invited to participate in major contemporary music festivals internationally. He has been played with a number of world-class orchestras, including WDR, SWR, RSO Wien, ORT, RAI, the Tokyo Philharmonic, Bayerischen Rundfunk, LaVerdi, the Philharmonic Orchestras of Monte Carlo, Nice, Picardie, Helsinki, Vilnius and Warsaw, the Orchestre Symphonique de Bretagne and the OPL, the Orchestre of Mexique; and with most of the world’s the leading specialized ensembles at venues such as the Philharmonie in Berlin, Köln, Essen, Hamburg, Cité de la Musique in Paris, Suntory Hall and the Tokyo Opera House, Theaterhaus in Vienna, Herkulessaal in Munich, Tonhalle in Zurich, Walt Disney Concert Hall in Los Angeles.
In 2005 Filidei received a commission from Comité de Lecture Ircam. He has received awards including the 2006 Salzburg Music Förderpreisträger, the 2007 Prix Takefu, the 2009 Siemens Förderpreisträger, the 2011 International Rostrum of Composers UNESCO Picasso-Miro Medal, the 2015 Abbiati Award, the 2016 Les Grands Prix Internationaux du Disque from the Académie Charles Cros for his album Forse, the Simone and Cino Del Duca Foundation’s 2018 Commande awarded by the Académie des Beaux-Arts.
In 2005 Filidei received a grant from the Akademie Schloss Solitude; in 2006 and 2007 he was a member of the Casa de Velàzquez; in 2012 he was a Pensionnaire at Villa Medici; he received a grant from the DAAD in Berlin. Filidei has also been composer-in-residence for numerous ensembles and music festivals.
Filidei is also active in teaching and has taught composition at the Royaumont Foundation’s Voix Nouvelles program, the University of Iowa, Takefu (Tokyo), the International Academy in Tchaikovsky City (Russia), Darmstädter Ferienkurse (Germany), and at numerous institutions and universities throughout the world (Ircam, Cnsmdp, Esmuc, Musikene, The conservatory of Strasbourg and Moskow, the university of Berlin, Hannover, Stuttgart, Graz, San Diego, Tokyo amongst many others). In 2019 he will give masterclasses with portrait concerts in Shanghai, Beijing and Hong Kong.
In 2016 he was named Chevalier des Arts et des Lettres by the French Ministry of Culture.
Filidei joined the I Teatri Foundation of Reggio Emilia (Italy) as music consultant in 2018 and the Villa Medici in Rome as Artistic Director of the Controtempo festival of contemporary music.
Filidei’s first opera, Giordano Bruno, made its world premiere in 2015 in Porto (Portugal), and has been performed in theaters throughout Europe since then.
His latest opera, L’inondation, with book by Joel Pommerat, was composed for the 2019 season at Opéra Comique in Paris.
Filidei’s works are published by Rai Com and Ricordi.