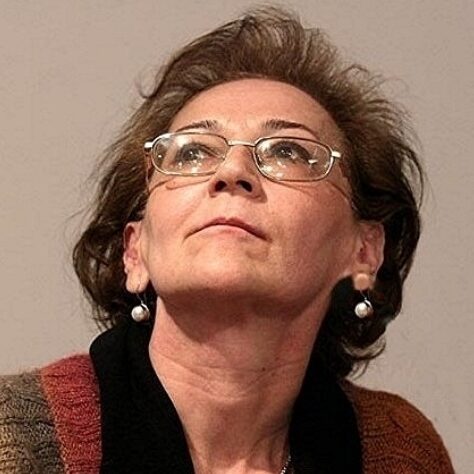 Born in 1951 in Bucharest,  Doina Rotaru has a B.A. and a M.A in composition at the National University of Music in Bucharest.  Since 1996 she has been a professor of composition at the same University.  She has written so far over 120 works that cover almost every musical genre: from solo, chamber, choral to orchestral works and works that mix instrumental with electronics.  Some of Doina Rotaru’s works have been commissioned by Radio France, Radio Graz, Suntory Hall Tokyo, French Ministry of Culture, Warsaw Autumne Festival, ensembles and soloists from France, Germany, United Kingdom, The Netherlands, Switzerland. She was awarded many prizes by the Romanian Academy and Romanian Composers’Association. For her 2nd Symphony, Doina Rotaru  has won in 1994  the first prize at the Gedok-Mannheim International Competition.

She was invited for masterclass and lectures on her music in Japan, Italy, Island, France, Poland, Netherlands, Germany,U.K, Sweden.

„Doina Rotaru has an unique and a very distinguishable style, which is founded on an archetypal aesthetic: sound and timbre patterns going back to primary Romanian and trans geographical folklore as well as structural principles of symbolic value and function, circular and spiral shapes, sacred numbers.” (Irinel Anghel.)