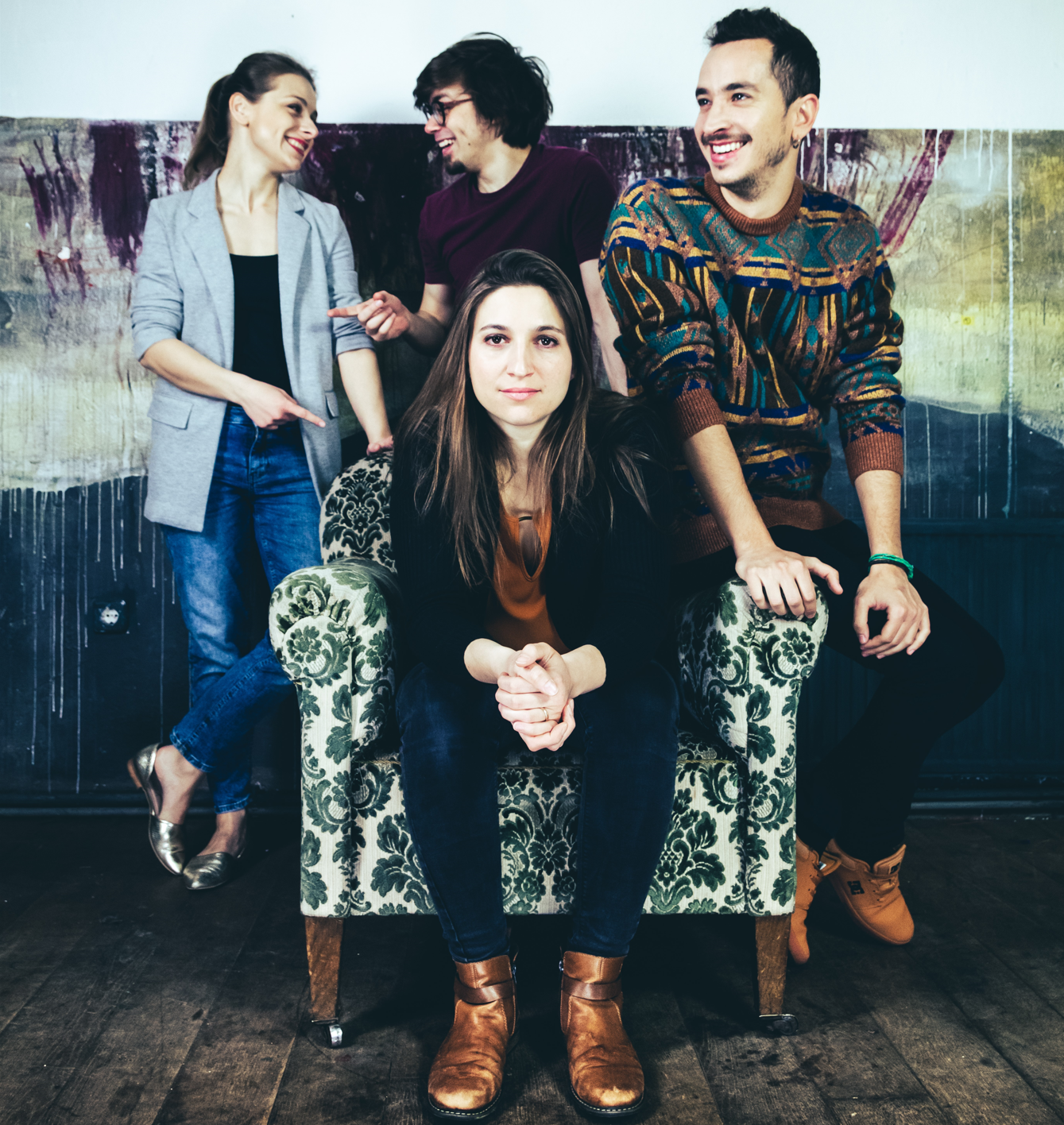 Concept Store Quartet is an ensemble of violinist, saxophonist, percussionist and accordionist based in Basel. In spite of conceivably inhomogeneous instrumentation the ensemble creates new soundscape which has proven to give unexpectedly inspiring tools to upcoming as well as already established composers.

The group, formed in 2018, quickly gained its reputation on Nicati Competition (Bern, CH) in August 2019, where they were honoured 1st Prize and Public Prize. In the latest season they performed on Impuls Academy (Graz, February 2019), Happy New Ears Festival (Basel, January 2019), Attacca Festival (Basel, June 2019) and the concert of premieres in Musikerwohnhaus (Basel, January 2019).

The musical and programming decisions of the ensemble are based on the need of finding and performing music that they can be passionate about and identify with. Therefore they closely collaborate with composers such as Stylianos Dimou, John Menoud, Francisco Domínguez, Bethany Younge, Anda Kryeziu, Tobias Krebs or Yulan Yu. The unusual instrumentation determines that all the pieces are commissioned, written for and premiered by Concept Store Quartet.

As their musical mentors Concept Store Quartet has had musicians from Ensemble Recherche, Ensemble Nikel and Mike Svoboda with whom they trained and to whom they owe their unity in sound and musicianship.

The ensemble members’ work in the field of contemporary music involves performing and premiering new pieces as well as being active as teachers and coaches of new music. As soloist and chamber musicians they are cooperating with Ensemble Modern, Synergein Project, Sigma Project, Riot Ensemble, Ligeti Quartet, Ensemble Phoenix, Le NEC, Sinfonietta Basel and other.